Rock crushing is the craft and theory in the mining operations that break parts of rock away from matrix and crush rocks to rock blocks. There are 4 crushing methods in the stone production line. Now Fote Machinery introduces them to you. 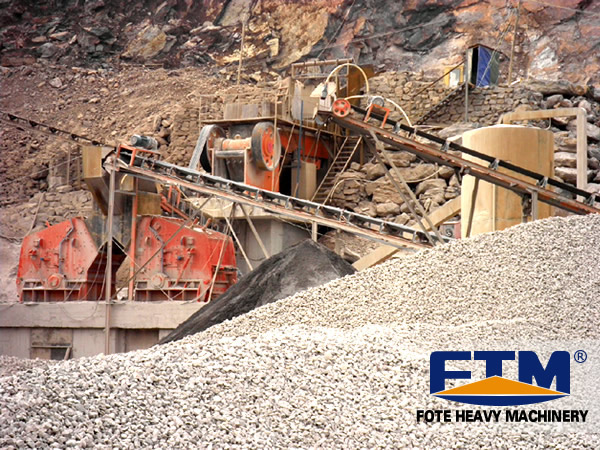 1. Water jet type crushing method. This method is divided to high flow with low pressure and high pressure with low flow. The former one whose pressure does not exceed 2 × 107Pa is mainly used in hydraulic mining or coal mining; the latter one whose pressure is up to hundreds of millions Pa is used to cut rock. In addition, pulsed jet technology has been developed to effectively break strong rock without the need for significant power. At present the highest instantaneous pressure has reached 5.6GPa.

2. The thermal type crushing method. Thermal stress formed by temperature gradient inner the rock according to the principle of different thermal expansion coefficients in rock components flakes or crumbles the rock. This method is better used for rocks with more quartz.

3. Explosive crushing method. Using the huge powder released all at once by explosive or other explosive substances to make the crushing operation.

4 kind of crushing methods cut both ways. Nowadays the explosive crushing method is the most common and effective way in the stone production line. Relying on your specific statues, investors choose suitable crushing method to reduce unnecessary energy consumption.